47 Governors set to converge in Makueni for Bench-marking 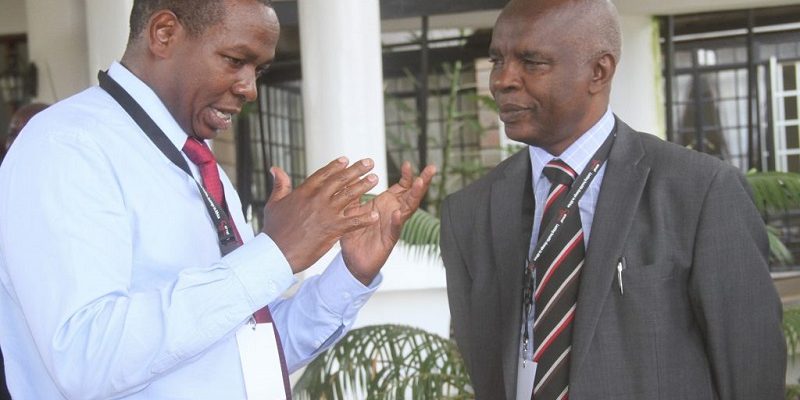 Makueni Governor Prof Kivutha Kibwana is set to host all the 46 governors in Wote for a peer learning conference to study the county’s successful public participation approach.

Prof Kibwana said the forum will bring together all governors and top county government officials from across the country to compare notes on various success stories including the public participation approach adopted by his government.

“We are happy that many counties are coming to Makueni to benchmark. This is very positive. We believe that each county has a story to tell about devolution and that is why we are opening our doors to host this momentous forum,”Prof Kibwana said.

He further said that the Makueni County’s participatory approach has given the people the power over public funded projects.

The idea he said was to ensure the locals own the projects and to widen the supervisory net with the people watching over those responsible for the delivery of various government projects.

He stated that it is through the public participation and the people’s involvement that the county has been able to roll out major projects.

“We are very conscious when people praise us for the achievements. But we must not become proud thinking that we have done it. All that is happening in Makueni is because of the glory of God,” the governor said.

Prof Kibwana noted that the approach has been used to develop annual budgets and the County Integrated Development Plans (CIDPs).

He said that Makueni County also has a lot to learn from other counties lauding Kisumu for the public service organization modelled along the national government system pioneered by former Head of Public Service Francis Muthaura.

“Meru is on top when it comes to the creation of various parastatals to undertake certain roles for the government. And we will be in Meru next month to learn a few things from their success stories, while Kwale’s structure of ECDE system is the best. It is good we now have a  maarifa center at the CoG from where people can access information on what is happening in the other counties,”Prof Kibwana said.

County Finance Executive Committee Member Mary Kimanzi said that a committee has been set to work on the conference adding that it will be modelled along the Universal Health Care Conference hosted by the county in April.

“This is a privilege for us. And it will be the first time all governors are meeting in our county. We will do our best to ensure proper planning,” said Ms Kimanzi.

Deputy Governor Adelina Mwau lauded the planned visit saying county governments’ now have a lot to learn from each other.

She said: “We previously had a lot of bench-marking happening outside the country. We are happy that now we can learn from each other locally.”

County Secretary Paul Wasanga said the county is ready for the event adding that the idea of creating informational convergence has given local institutions an opportunity to access information held by various counties.