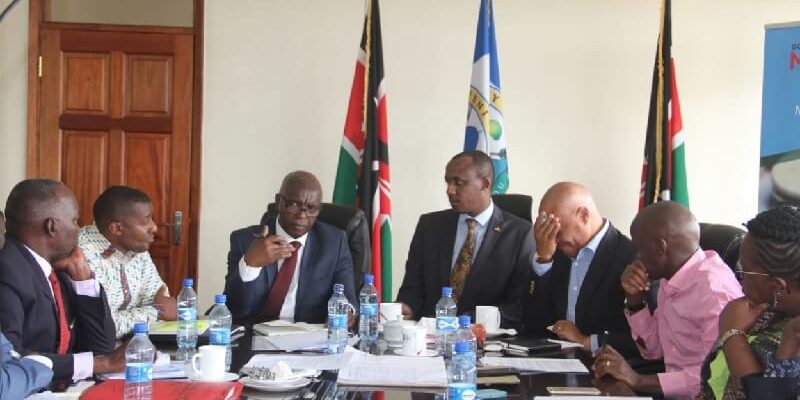 The meeting came as  a response to a letter dated October 05, 2018  addressed to the KPC Chairman Mr John Ngumi by the Thange Farmers Association to look into the challenges delaying the compensation.

In the letter the group raised concerns about delayed compensations, lack of supply of potable water for domestic use and loss of land use since 2015 among other issues.

The Association chairman Mr Sammy Muindi referring to the letter said that there were still pending compensation cases three years after the oil spill adding that their agricultural means of livelihoods were cut short by the damaging spillage.

He said: “Three years after the oil spill we are yet to be fully compensated. KPC promised to supply clean water for domestic use but for a month now we have gone without clean drinking water. We stopped all our agricultural activities,the victims are facing a serious economic crisis.”

Governor Kibwana who chaired the meeting noted that the matter falls within the energy sector which  is not a devolved function making it difficult for the county to expressly take action.

The governor however said that they were offering support to the affected citizens of Thange and pleaded with all stakeholders to move with speed and bring the issue to rest once and for all.

“Energy  is a national function and we cannot go beyond our mandate as a county. We however are giving support to our Thange citizens. My plea to you is that we need to finalise this issue once and for all so that we can move on,” Prof Kibwana stated.

The governor  further said that the Thange oil spill should not be politicised.

KPC chair John Nguma said the organization is taking the matter seriously and would act to ensure residents are supplied with clean water for domestic use.

Makueni Senator Mutula Kilonzo Junior responding to the matter observed that all stakeholders involved in resolving the issues were performing poorly citing breakdown of communication as one of the major setbacks.

“We are all doing poorly in handling this matter while the people of Thange are suffering. What I see here is a breakdown of communication,” Mutula said.

He further urged for transparency in dealing with the issue.He called  for the reconstitution of the taskforce appointed to handle the spillage.

He further promised that seven claims where discharge vouchers were signed and awaiting payment were going to be paid by the following week explaining that out of the total 4,267 claims received by KPC to date, 491 were fraudulent, 635 were pending due to incomplete information which was required by the insurance company for compensation 1,272 were rejected because the claimants were not residents of Thange.
Category: NewsBy SteveOctober 15, 2018
Share
Share on FacebookShare on Facebook TweetShare on Twitter Share on WhatsAppShare on WhatsApp