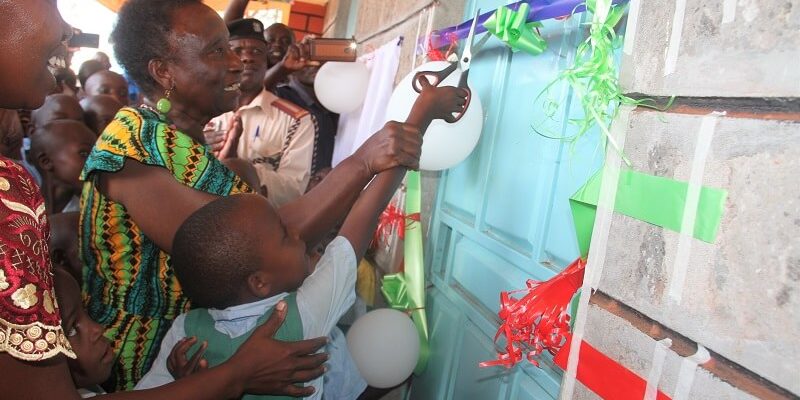 Makueni Deputy Governor Adelina Mwau has implored the locals to make good use of public participation foras to realise development.

The DG particularly called on women to take public participation activities seriously in order to voice out social issues affecting them.

Mwau noted that besides issues of water and health, issues like gender based violence should be articulated saying that public participation provides effective platform for budget allocation.

She said: “Most of the times we prioritise issues of water, health and roads during public participation forums and forget to talk about social issues affecting us like rape and defilement cases. Women should come out in large numbers and speak about these issues so that we can get budget allocation.”

The Deputy Governor spoke on Monday when she commissioned the 80 metre Kalimani drift and Ilikoni ECDE center in Mtito-Andei ward, Kibwezi-East Sub-County, projects which were birthed through public participation. The drift marks a great milestone towards establishing linkages in different areas of the county.

The roads executive committee member Dr Naomi Makau hailed the PMC for being very vigilant in oversight roles that ensure that effective works are done.

Mtito Andei MCA Francis Mulwa who also took part in unveiling of the projects challenged the youth not to idle around but take up jobs so as to avoid indulging in drugs menace adding that he is in the forefront in steering the youth agenda in the ward.