Makueni ushers the new year 2019 with a blast 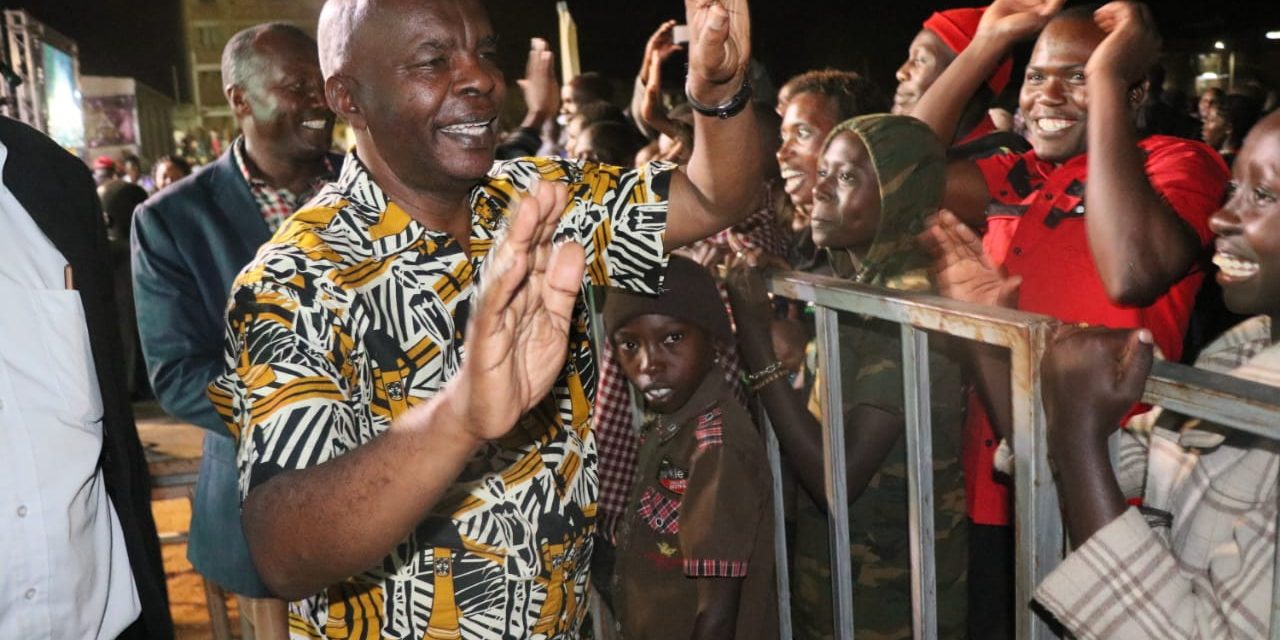 At exactly 23:58 pm on 31st December 2018, every activity came to a standstill while governor Kibwana led the residents to a count down of the ticking seconds to the new year, culminating to a blast of fireworks at the strike of midnight and crossing to the new year.

The sky above momentarily turned to a constellation as excited onlookers fixated their eyes to it to enjoy the unprecedented thrill.

The fireworks display was preceded by gospel music performances by renown and upcoming artists among them 10-year-old Shukrani Waeni, a resident of Wote.

The fireworks sensation was immediately followed by hugs, hi5s and frenzied dancing as the artists took the stage for live performances.

Some of the artists who graced the occasion include among others Mercy Masika, Stephen Kasolo, Wilberforce Musyoka, Janet Otieno, Purity Kateiko and Victor Mbuvi of the Kwata Kawaya fame.

The clergy, led by ABC Archbishop Timothy Ndambuki and Bishop Titus Masika led the congregation in an interdenominational prayers for the county’s prosperity in the year 2019.

On his twitter handle, governor Kibwana exclaimed, “What a moment! I’m extremely excited to usher in the new year 2019 in praise and prayer with fellow county residents at Wote. 2019 is a year full of hope for all of us.”

He told the residents to continue working hard and to protect the good name of the county which has been earned through visible development milestones, a result of combined efforts by the leadership and the residents.

Kibwana pledged to steer the county to even higher development heights through a united leadership.

The event, dubbed #SifaBlast, was organised by the County government in partnership with gospel artist Mercy Masika Foundation.