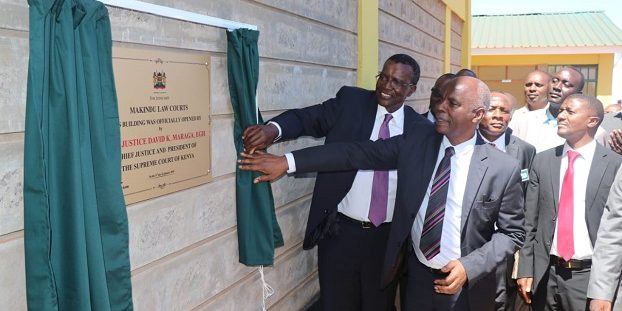 Maraga promised to post a new magistrate to the court station to expedite cases before the court especially those touching on land cases which are overwhelming.

Governor Kibwana urged the Courts to expedite resolution of the numerous land, environmental and sexual offences cases that are so prevalent across the county.

He also called for a review of the current procurement law which makes purchases by government and its agencies so expensive in relation to prevailing market prices.