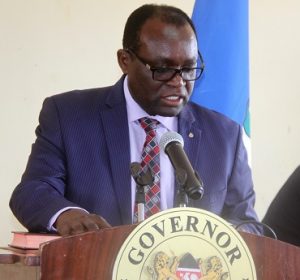 In 2012, he was awarded the Moran of the Burning Spear (MBS) by the President of Kenya for his outstanding contribution to the Nation building. He has worked with Kenya Posts & Telecommunication, lectured at Multimedia University and is an examiner at KASNEB. He was party to conceptualization of the framework that led to the formation of the International Federation of Company Secretaries (IFCS) in Delthi-India, and served as a member of IFCS for five years.

He served as the Secretary and the Chief Executive of the Institute of Certified Public Secretaries of Kenya for a period of thirteen years, and also served as a Board member of the Public Procurement Administrative Review Board. He also served as the Honorary Secretary of the Association of Professional Societies in East Africa (APSEA).

He served as a Board member of Mbuvo, Kathonzweni Boys and Kathonzweni Girls Secondary Schools, all in Makueni County. He joined the County Government of Makueni as Minister, Finance & Socio-Economic Planning in 2013, thereafter served as Minister for Trade, Tourism & Co-operatives in 2014, before being appointed as County Secretary in July 2015. He has experience in Finance, Administration and Business Management, among other areas of specialization.