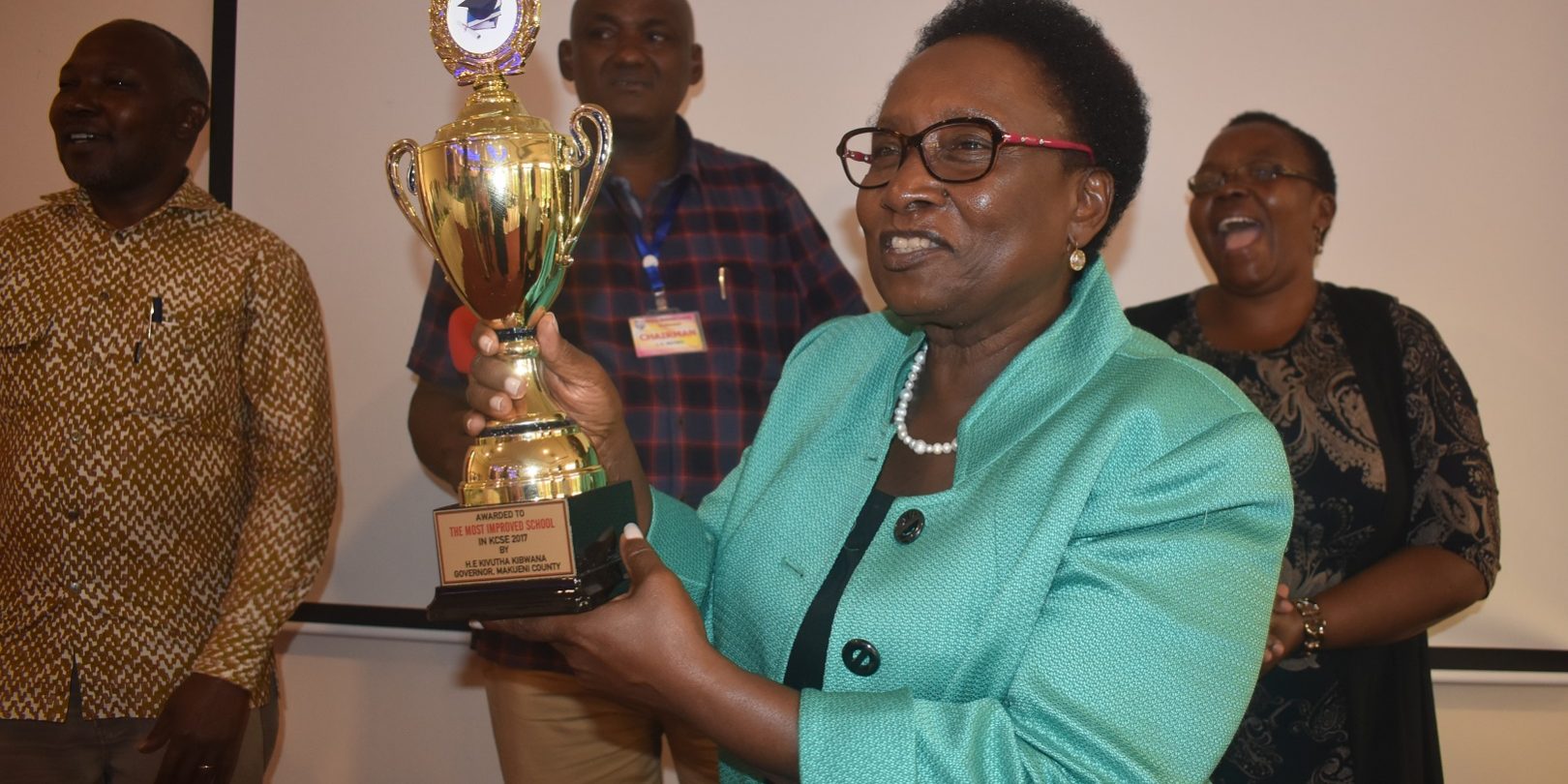 Ksh. 265 Million Spent on Bursaries and Scholarships since 2013

Makueni County government has spent Sh 265 million on bursaries and scholarships to support students from poor families to pursue education.

Deputy Governor Adelina Mwau said the government is putting more resources on education as it acknowledges it is an investment for the future of the county.

She said that the county has also been giving out full scholarships to bright needy students adding that 190 beneficiaries have so far been listed since 2013.

She further indicated that 79 students have further benefited from the program this financial year.

“The government of Makueni county acknowledges education as an investment for our children, being the most important aspect in empowering our youth to become responsible and productive citizens ,”the Deputy Governor said.

But the DG also told teachers that incidences of sexual assaults were in the increase and that it could compromise learning in the area.

She said that as part of the government’s decision to support empowerment on gender based violence and sexual abuses an outreach program will be initiated in schools.

“I am glad to inform you that the government of Makueni County is in the process of initiating a school outreach program for children in our county,” she said.

She said the program has been necessitated by the increasing cases of sexual and gender based violence incidences in the county including defilement, incest, rape, verbal and psychological abuse, domestic violence and sexual harassment among others.

The Deputy governor decried the alarming levels of sexual violence cases in Makueni County despite existence of legislations meant to deal harshly with perpetrators.

The Deputy Governor appreciated the role played by teachers in nurturing and mentoring young people adding that it required dedication to accomplish.

“I wish to state that teachers are role models and mentors and the kind of values that are inculcated in the children have direct effect on society and the development of our children,” said the Deputy Governor

She was speaking when she closed the sixth edition of the Kenya Secondary Schools Heads Association-Makueni Chapter at the Travelers Hotel in Mombasa.

She was accompanied by several top government officials led by County Secretary Paul Wasanga among others.

Mr Wasanga said that teachers are key to the county’s economic empowerment adding that governor Prof Kivutha Kibwana’s regime would work closely with them to achieve four key pillars of the county’s development plan.

“Our main agenda is to ensure economic empowerment for our people and to maske clean portable water available to households in Makueni,”Mr Wasanga told the Kessha members.

Competence Based Curriculum Good for the Country-Kibwana
April 25, 2019
Recent Articles
Go to Top