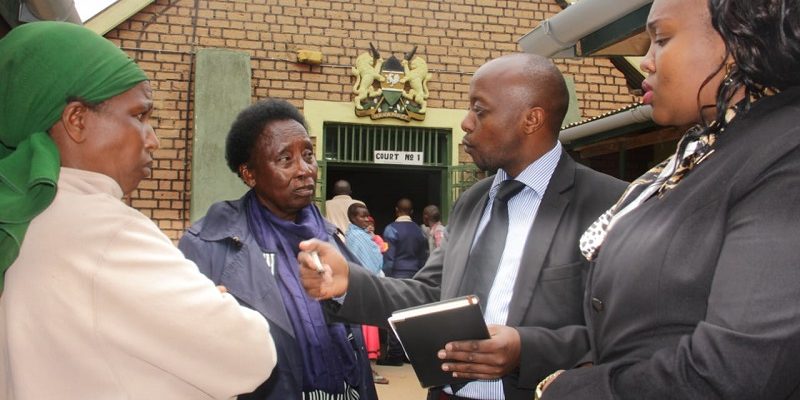 Mathew Mumbu, a primary school teacher will on 24th of July 2018 be arraigned in Makindu law courts for the mention while Paul Musau, will have his case mentioned on 26th of this month at Tawa law courts.
Mayamba reported that his decision was arrived at from his previous ruling on the same case where he convicted a man for a life sentence.

‘’It would be detrimental and against the tenets of Justice for me to continue with these cases owing to documented opinion in my judgement in the other cases’’ he said.

Last month the magistrate also convicted a 30-year-old for 80 years in prison for defiling his five-year-old daughter.

Thirteen other suspects accused of defiling the class six pupil on different dates between February and May are still at large and the police are looking for them.
Fida Kenya sent two lawyers to give legal support to the complainant’s case.

Deputy governor Adelina Mwau who has been following the case keenly sat through the proceedings and expressed her satisfaction in the way the case is being handled.

She said that in the past, for years such cases were catching dust under magistrates’ watch while perpetrators roomed free.

‘’We have lost evidence in many cases without proper explanation but we are now registering our satisfaction in the way defilement cases are being handled in Makueni,” Mwau noted.