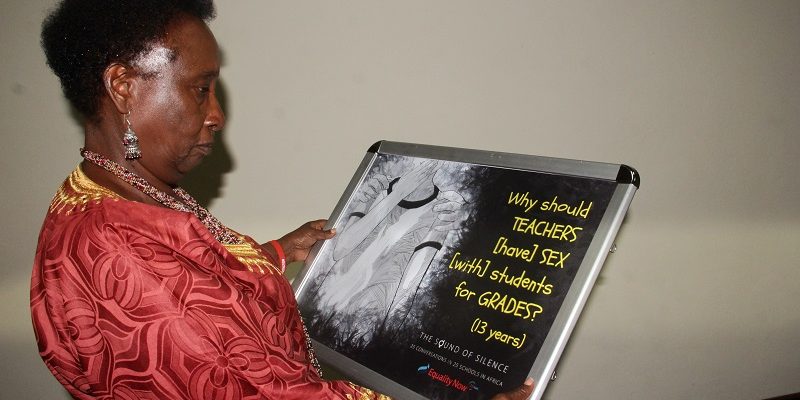 Mwau asked members of the County Assembly to pass child protection policies that will soon be proposed by the executive and forwarded to the assembly for consideration.

“I want to urge the members of the county assembly in Makueni to pass Bills on child protection policies that the executive brings forward,”She said.

The DG who was speaking at the Hunters lodge in Makindu also said that a gender recovery center is also being set up at the Makueni level 4 hospital.

The deputy governor also urged the women leaders to sensitize the local residents to bring out social needs during county public participation for budgeting.

“Water and roads are very important to our lives, but most of the parents cannot afford sanitary towels for their children.So some are enticed into immorality to survive We can budget as a county and save our girls,’’ She said.

Mwau promised to consolidate both the county assembly and the executive so that they create awareness in the society.

“During our public participation  barazas this will be top in the list as we talk development,’’ She said.

The DG also proposed that the ministry of education trains the county ECDE teachers and the training programme be included in their performance appraisals.

She said that ECDE teachers mingle a lot with the baby class pupils whose rights gets violated in most cases.and they go silent on it.

Equality Now campaigns officer Florence Machio who was the facilitator urged the leaders to bring teachers and parents on board,saying that in most cases they are the first people to discover rights abuses against children.

“If teachers and parents are left out in this discussion, we will not have solved the delinquent matter. They need to know steps they need to take in case children are sexually abused’’ She said.

Machio said that corruption sometimes hinders the process, accusing some doctors of receiving bribes from the perpetrators to kill the evidence.

“She pleaded with the county government to create avenues in schools where proper structures can be put in place so that the children can highlight their plight freely.

Janet Kitung’a,a nominated MCA said she has been pushing to have members of the county assembly represented in the Court users committee for public participation in judicial processes.

According to the children’s officer in the county Ms Evelyn Kaluki, Makueni law court in Wote reported 22 cases of defilement, four incest cases and five rape cases to girls over eighteen years old but still in school in 2017.

In 2018 from January to June already 13 defilement cases  have been reported.