I get treated in our Local Public Hospitals when unwell: Kibwana 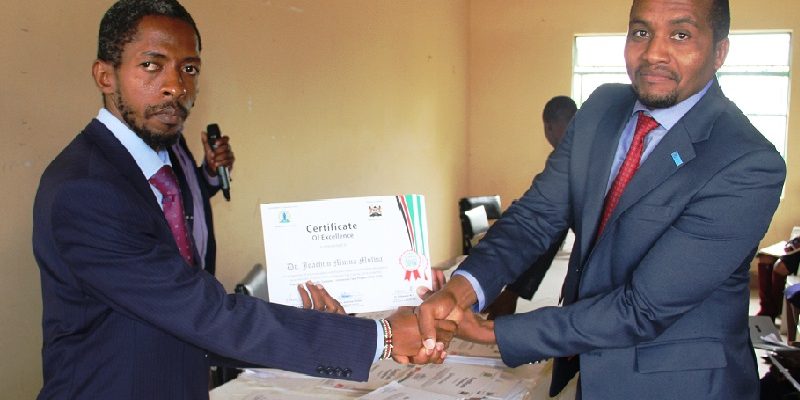 Makueni Governor Prof Kivutha Kibwana has revealed he has always sought treatment from public hospitals within the county due to quality services provided by various local health institutions.

Unlike his colleagues known for seeking treatment abroad Prof Kibwana said he at one point went through a successful slight operation from the Makueni Level 4 hospital, saying improved health services in various public health facilities in the county has made local institutions preferable.

“I get treated in our hospitals here.When I fall sick I go to the Level Four hospital and when I get unwell when in Nairobi I go to hospitals there.

Many of our staff also go to our public hospitals here in Makueni despite having enrolled in various medical schemes. It shows we have confidence in our institutions,”Prof Kibwana said.

The governor who was speaking during the Health Workers Excellence Awards Ceremony held at Kwa Kathoka to honour successful employees of the county’s department of health said Makueni medical staff had generally performed well in the implementation of programs under their mandate.

“Even though we are recognizing people here who made it.There are many others who are not here but who also contributed to this success,”Prof Kibwana noted.

He singled out the implementation the Universal Health Care program saying it had propelled the county to higher levels nationally.

“I am really very happy to join you this morning as we celebrate the achievement of various health department staff. Indeed you have made Makueni proud,”the governor said.

He said the successful Universal Health Care program was initiated by the leadership of the department and congratulated them for coming up with a largely successful idea.

Prof Kibwana said he was keen on major improvements in the local healthcare systems for the benefit of the people before his retirement as governor.

He also urged the department to ensure revenue obtained through charges levied on NHIF card holders was collected and used to support infrastructural development in various hospitals.

Governor Mutula Kilonzo Jnr: We will ensure enough budget for HIV/AIDS prevention and treatment in the next 2023/2024 Financial Year
December 7, 2022