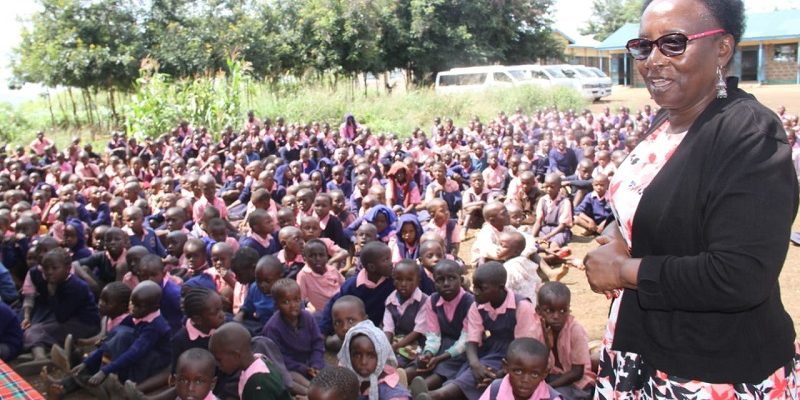 Mwau said many schools in the county have received support from donors to improve classrooms.

The DG was speaking when she visited Yikisemi primary school where she was joined by a US based organization, sponsoring the school.

The Osceola arts Youth Orchestra programme director Ms Rachael Nganga applauded the County Government of Makueni for putting up a school at Yikisemei, saying that it had been given a true facelift.

“I found children in grass thatched classrooms when I first visited this school in 2010, At that time I had little to offer but over time I learnt while in the US that the county government had given the school a facelift,”Rachael said.

Rachael stated that her organization is ready to help the school put up more classrooms at Yikisemei considering that the population has increased tremendously from the time she last visited.

“We wish to have a proposal from either the school or the county government, requesting for classrooms or dormitories so that we see where to chip in,” she said.

She said that they have already put up four classrooms at Kawelu primary school, few meters away from Yikisemei.

Mwau appreciated the donors and called on similar charity organizations to come out in large numbers and help the society.

She cautioned parents to be watchful to ensure the little children and growing girls were not attacked by rapists who were on rampage in the area.

“We as parents need to watch out on our kids, if their innocence is stolen at this tender age, life will never be the same again,” She said.