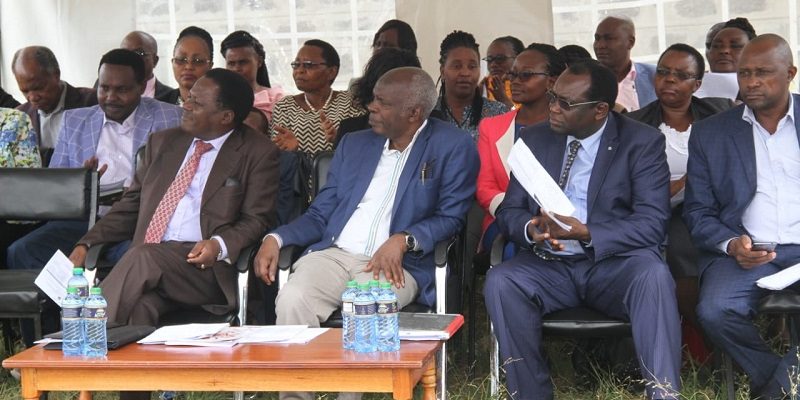 Prof Kibwana said that under the new arrangement the municipality will be managed by a board headed by a municipal manager.

The governor said the board will comprise nine members whose appointment will be based on a number of laid down factors.

‘’The board shall exercise legislative authority by passing municipal by –laws that shall be approved by majority of the board members but with full public participation. It shall have powers over municipal assets and employ their staff in consultation with the municipal manager,’’Prof Kibwana said.

Prof Kibwana who spoke to members of the business community from Wote/Nziu,Kako/Waia,Ukia and Muvau/Kikumini wards during the event  said the municipality will help engage good governance and equity in distribution of resources.

He said the new arrangement will also be used to ensure social cohesion.

Prof Kibwana reported that  both transport,infrastructure,housing and urban development ministries have partnered with the World Bank and set aside funds to support 45 municipalities in Kenya,Makueni included.

‘’All the  county headquarters except for the  established cities of Nairobi and Mombasa are eligible to access this funding for the urban development grant and the urban institutional grant as long as the counties have met all the minimum conditions set out under the grant terms and conditions,”the governor said.

He further  said  that Sh 20 million will be disbursed in the first year,the same amount of money in the second year and Sh 10 more million in the third year for urban institutional grant.

He said under  the urban development grant,the first tranche of Sh 135 million shall be accessed based on the total population pegged at Sh 2,000 per person depending on population of an area.

‘’I therefore also implore upon you as stakeholders to consider and agree on the proposed charter, which will then be considered and approved by executive committee and forwarded to the county assembly for consideration and approval,”Prof Kibwana said.

Lands ECM Mr Joshua Wambua said that the municipality will provide efficient and accountable management of its affairs.

‘’It will as well verify whether public resources and authority are utilized or exercised as the case may be to its satisfaction’’ Mr Wambua said.