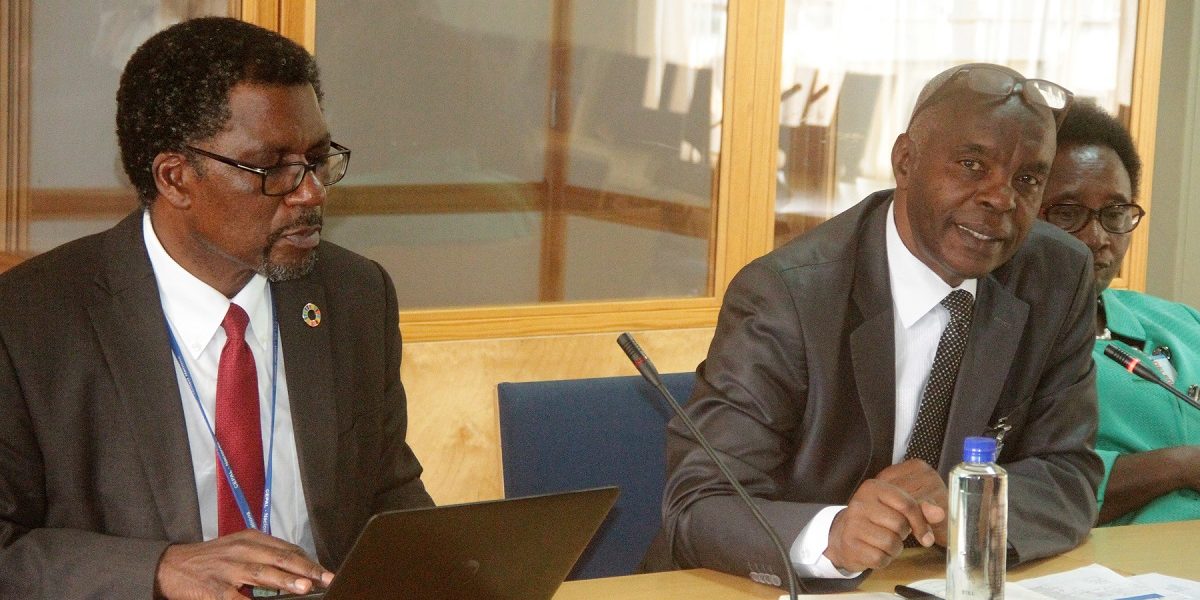 Makueni County has initiated talks with the UN-Habitat for a partnership in upgrading the county’s urban settlements.

In a meeting between Governor Prof Kivutha Kibwana and the UN-Habitat regional director for Africa Prof Naison Mutizwa-Mangiza at the United Nations headquarters in Nairobi on Friday the two explored different collaborative opportunities through which the partnership would be staged.

Prof Mutizwa and Prof Kibwana agreed that the two institutions would develop a joint framework to address issues of solid waste management, urban settlements upgrading and youth empowerment once a memorandum of understand on the partnership was developed.

Prof Mutizwa indicated that the UN-Habitat is committed to developing one million housing units in Kenya in the next five years, and that Makueni stood a good chance of benefiting from the scheme with the right collaborative framework.

“Our 2016-2036 urban agenda focusses on delivering new, affordable and adequate quality housing in urban places with slums upgrading a key priority. Makueni should take advantage of this,” he said.Prof. Kibwana said his government is conducting a town planning of 120 urban places across the county and will move with speed to develop a partnership agreement with UN-Habitat to upgrade several of them, especially the county capital, Wote.

He cited a stalled housing scheme in Wote, previously initiated by the ministry of public works and housing which he said if fully developed would significantly offset the housing shortages in the county capital.The governor said the County government is willing to adopt the stalled project if there was a proper agreement between his government and the national government.

He said the housing project has suffered extreme vandalism and cannibalism but could be completed and availed for use if the two levels ‎of government agreed o way forward.“A number of civil servants working in Makueni seek housing in Machakos and some even operate from Nairobi for lack of adequate decent housing in Wote.

We will seek to partner with UN-Habitat and the National government to complete the scheme and settle the housing challenge,” he said. Prof Kibwana added that his government will also seek a partnership with the UN body to complete formulation of its spatial plan, develop a youth empowerment one-stop shop and enhance revenue generation in urban places.

On her part, Mwau said the county is ready to work with the UN body to benefit from technical support in various aspects of the areas targeted by the proposed partnership. “We are very keen on this engagement and more so partnership in the area of waste disposal management system and production of solar energy,” she said.

In PICTURES: A 3D architectural impression of the proposed Mukuyuni modern mixed use market set to accommodate over 150 traders in the town.
September 9, 2022