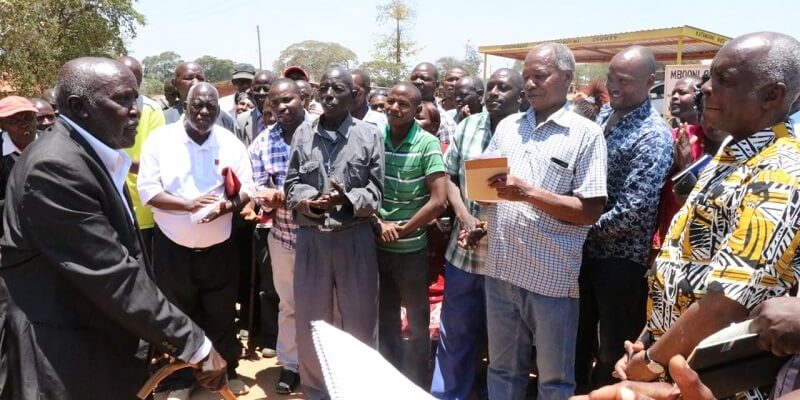 Governor Prof Kivutha Kibwana on Monday toured Kalawa Ward to inspect a number of development projects initiated by his government.

During the tour the governor commissioned several development projects in the Ward.

The governor also interacted with residents on the ward’s development agenda.

This road connects the interior part of the ward to the Kalawa-Wote road,opening it to higher social and economic growth.