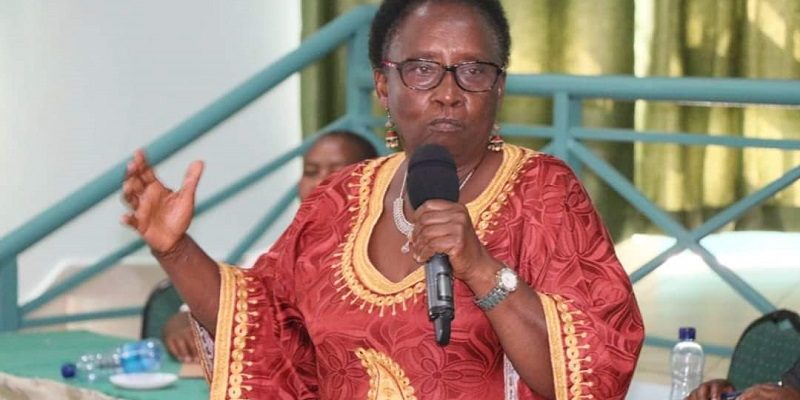 Makueni deputy governor on Tuesday visited a 77-year-old woman at the Makueni Referral Hospital who was brutally raped by her 24-year-old grandson the previous night in Mbooni Sub-County.
Confirming the incident, Dr. Lugogo Athman said the woman had several light tissue injuries and bruises at her neck as the perpetrator attempted to strangle her.
Dr Lugogo however said that they were doing everything possible to ensure that she was stable and make sure she gets proper treatment.
Later the victim was referred to Nairobi Women Hospital, GBV recovery wing.
“We have done examination on her and she has serious raptures. We are doing all that we can to ensure that she is safe,” Dr. Lugogo said.
The DG was shocked at the  incident and how gender based violence cases have increased in the county saying that women are not safe including the children.
“This means we are not safe including our children,” the DG exclaimed.
According to the gender based violence officer Esther Ndeto who admitted the victim to the recovery unit, the rate of GBV is very high in Makueni with up to five reported incidences recorded daily.
“Gender based violence is very high. We receive up to 5 cases per day and I am even convinced the number could be more due to some which go unreported,”stated Ms Ndeto.
The county government through the Dg’s office is in the forefront towards fighting gender based violence and soon will be officially commissioning a Makueni Gender Based Violence Recovery Centre where victims will be taken care of including psychological counselling sessions.
Recently the county held talks with Equality Now to discuss how we can  partner  to organise  a county marathon, an initiative to help create awareness around GBV since many people do not have any or the right information on how to deal with such cases.
Categories: Gender, News
Share
Share on FacebookShare on Facebook TweetShare on Twitter Share on WhatsAppShare on WhatsApp