Kibwana, Lusaka tell youth to claim their space in the country’s development 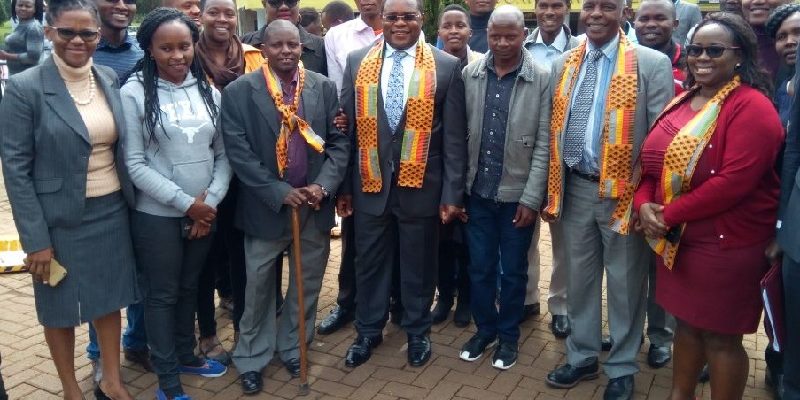 Makueni governor Prof Kivutha Kibwana and Senate speaker Kenneth Lusaka have challenged the youth in the country to claim their space in the country’s development agenda and leadership.

The two spoke at the Kenya School of Government in an address to representatives of the youth from across the 47 counties during an inaugural Youth and Devolution symposium.

Prof Kibwana told the youth not to allow the country lose direction while watching from the periphery as they stood to lose the most.

“You must not allow your country to lose direction under your watch as you will be around much longer and will lose most. You have to be a people fired up to achieve a mission in nurturing the future,” Prof Kibwana told the symposium.

He said the youth should use their numerical strength to push for their agenda and shun the culture of tribalism, handouts and protests as the only way to be heard.

“Young people make almost 70 percent of the Kenyan population. With these numbers, they can work for change that favour them, either through the electoral process or through pushing for adequate budgetary allocation for their agenda in public participation forums,” he said.

Prof Kibwana said young people cannot decry lack of experience as those who started off the country after independence were under 30s without prior experience.

Mr Lusaka challenged the youth to be in the forefront in addressing tribal balkanisation and hail true Kenyan patriotism if they are to succeed in advancing their agenda and driving a positive change in the country’s leadership.

The governor and the speaker insisted on morality, ethical and spiritual values for the young people to steer a positive change capable of safeguarding the interests of the future generations.