Kibwana, Mutua in Handshake to cool off Past Political Differences 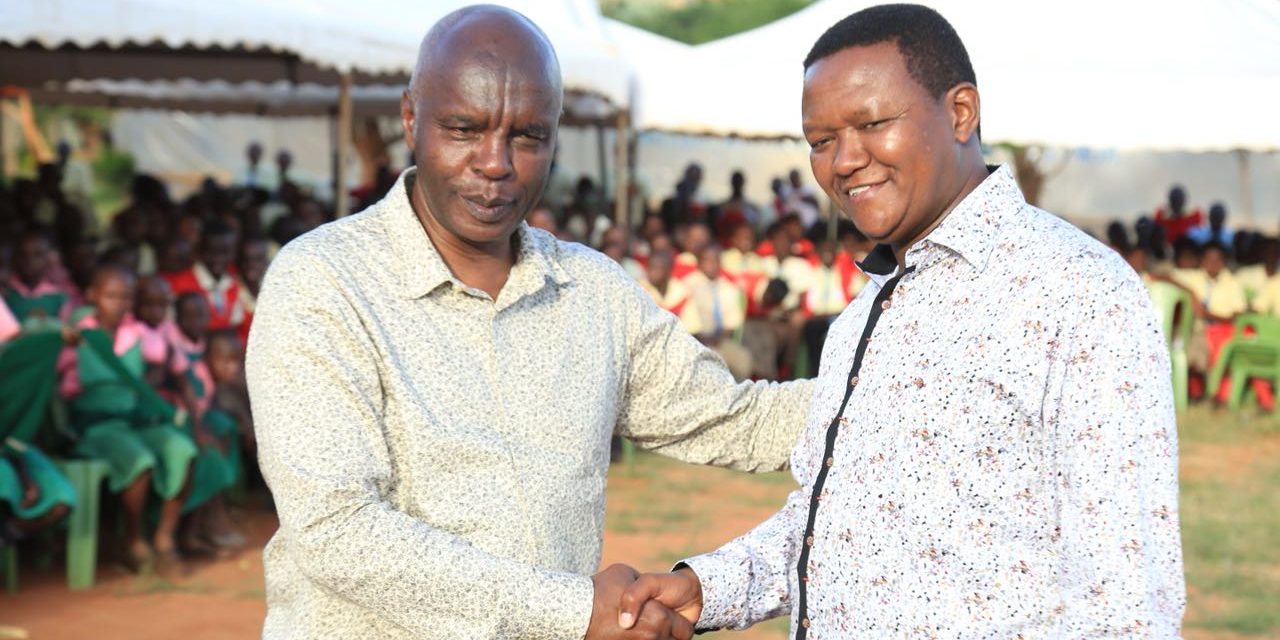 Makueni governor Prof Kivutha Kibwana and his Machakos counterpart Dr Alfred Mutua have publicly reconciled their past political differences promising to work together.

The two who spoke during a funds drive  in aid of Shine Star Secondary school in Makindu said they will work together to develop the community calling on other leaders to join them.

Elections forcing them to vigorously campaign against each other.

The Makueni governor who is also the chairman of Wiper party was at the forefront campaigning for Nasa in the region while Dr Mutua who is the Maendeleo Chap Chap leader worked for the ruling Jubilee Party.

It was Dr Mutua who twinkled first extending a public handshake to a willing Prof Kibwana during the event at Makindu sending the crowd into cheers.

“I want to ask Governor Kivutha Kibwana to forgive me for any wrongs I might have committed against him and again request him for a handshake as a sign of unity,” Dr Mutua said

The two governors shook hands with Dr Mutua asking for political forgiveness and vowed to forge a purposeful unity for the betterment of locals.

Prof  Kibwana said that he was in agreement with Wiper leader Kalonzo Musyoka that there was no need for Ukambani leaders to engage in political fights adding that it was time to focus on development.

“As the chairman of Wiper, I am in agreement with our party leader who recently said that we don’t have to fight here at home. I know you are both hunting, we are not blocking anyone,” Prof Kibwana said.

Governor Mutua reiterated that his ambition to contest the presidency in 2022 was on course.

“After 10 years as a governor in Machakos, I will be seeking your support to become President come 2022, just like a student who after form four proceeds to the university,” Dr Mutua said.