We will partner with Counties to support Flood Victims: CS 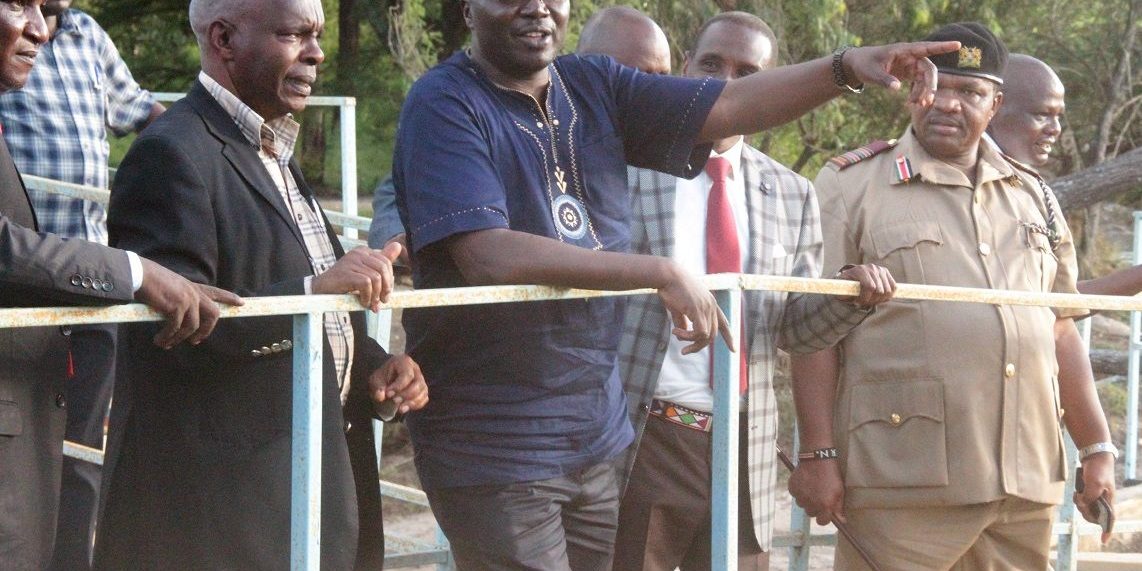 Water and Irrigation Cabinet Secretary Simon Chelugui has announced plans by the national government through his ministry to partner with county governments to address the effects of floods.

Speaking on Friday when he toured Makueni to assess the damage caused by the floods, Chelugui said a consolidated report of all affected counties will be tabled to the president for fast mobilization of resources to remedy the floods disaster.

The CS, together with his host, Governor Kivutha Kibwana toured Kamunyolo dam which supplies the bulk of water to Wote residents which breached following heavy rains. They also toured Kamunyii sand dam that was affected.

Chelugui described the destruction as massive adding that his ministry is on a red alert for any emerging critical needs occasioned by the disaster especially water crises, medical supplies and other non-food requirements.

Kibwana said the situation in Makueni is dire, with 83 dams affected where 25 of those have totally breached and need reconstruction.

He said hundreds of residents have completely lost their livelihoods after their farms along Athi River were washed away.

According to a report on the magnitude of the disaster that Kibwana presented to the CS, 18 people from Makueni have lost their lives while a third of Kiaoni, a market center at the border of Kitui and Makueni along the Kibwezi-Kitui road was washed.