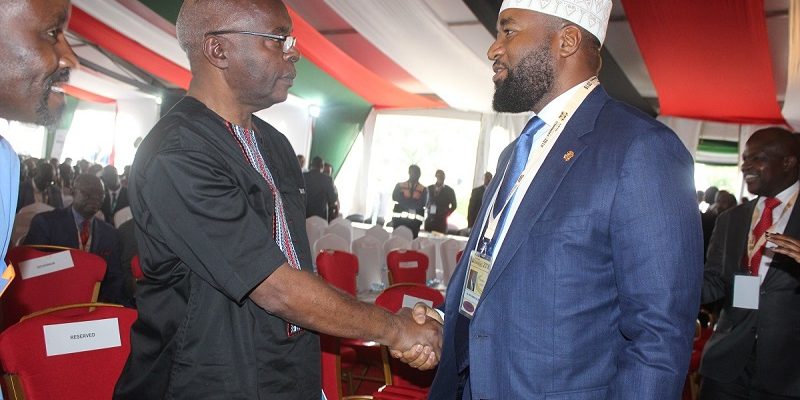 Development in Makueni County has become a major reference point in this year’s devolution conference with many speakers urging other counties to visit for bench marking.

President Uhuru Kenyatta started it all when in his live televised speech broadcast to delegates through a link acknowledged that Makueni and Mandera counties have made strides worth emulating.

“I commend governor Kibwana for rolling out in Makueni their own version of subsidized healthcare and food processing plant,” said President Kenyatta.

He urged other counties to emulate Makueni County led by Prof. Kivutha Kibwana adding that prudent use of public of funds allocated to county governments was key to successful implementation of devolution.

Prof Kibwana hailed the President for a good speech adding that his invitation to counties to work closely with his government was worthy.

Other speakers at the conference including Homa Bay Senator Moses Kajwang praised Kibwana and urged other counties to benchmark from Makueni instead of flying to foreign countries like Singapore for the same.

“The other day we invited Prof Kibwana to the Senate,he did not complain. He came with his entire government including the speaker and we took a whole day looking at the issues raised. Other governors should follow this,”Mr Kajwang said.

And while making a presentation on governance and public participation at the Conference on Thursday Prof Kibwana said that his decision to attend the senate summons was because the people of Makueni had asked him to do so.

“One of the reasons why we appeared at the Senate when we were summoned is because it is the people who had asked us to go. By failing to go it means we would then get into problems with them,”Prof Kibwana said.

He talked of Makueni’s village to village set up in the public participation approach adding that up to 120,000 people participated in this year’s County Integrated Development Plan validation in over 3,000 villages.

“Some leaders are afraid of the Public Participation because the people will ask you questions when you go to them,” said Prof Kibwana.

He also said that Makueni  County  will, as a way of enhancing the public participation approach, initiate an open contracting system so that it is clear who asked for what jobs and who are the directors of the bidding companies.

Deputy Governor Adelina Mwau is also attending the conference bringing together multi-sectoral stakeholders in the devolution sector including all governors and senators.