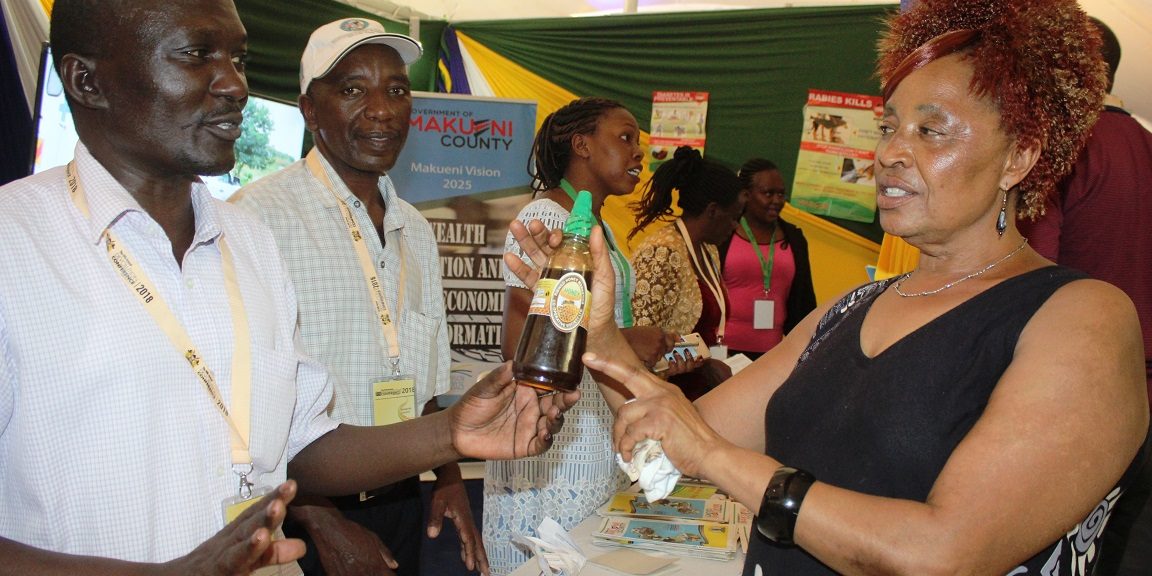 The Makueni county exhibition tent at the Kakamega devolution conference was a major attraction throughout the devolution bazaar as delegates and other exhibitors took time out to admire some of the products on show.

About 3,500 delegates signed in at the  county exhibition booth to view exciting documentaries on development and infrastructural progress achieved so far.

The county has been admired by many due to progressive implementation of major development projects.

The mention of Governor Prof Kivutha Kibwana’s name during the conference was always received with massive applause forcing him to always stand and wave to the delegates to acknowledge their good reception.

Many delegates scrambled to greet the governor every time he walked out of the conference venue with hundreds demanding for selfies with Prof Kibwana who has become a devolution superstar.

Yesterday the county deputy health promotion officer Bretta Mutisya who was leading the county exhibitors said the visits to the booth were massive with many coming to watch the documentaries while others sampled some of the products on display.

“We have interacted with so many guests during this conference. My colleagues who came with products have sold them out. People have picked handbooks from here to familiarize with our development story,” said Ms Mutisya.

Several governors and top executives attending the conference also passed by the booth to witness the various development projects being showcased.

Many were interested in the mango juice following the story of Makueni Fruit Processing factory while others asked questions on how the county managed an elaborate universal healthcare system with the scanty resources allocated.

On Tuesday,  Makueni became the talk of the conference after President Uhuru Kenyatta made several references to Governor Kivutha Kibwana acknowledging the initiatives implemented under his government.