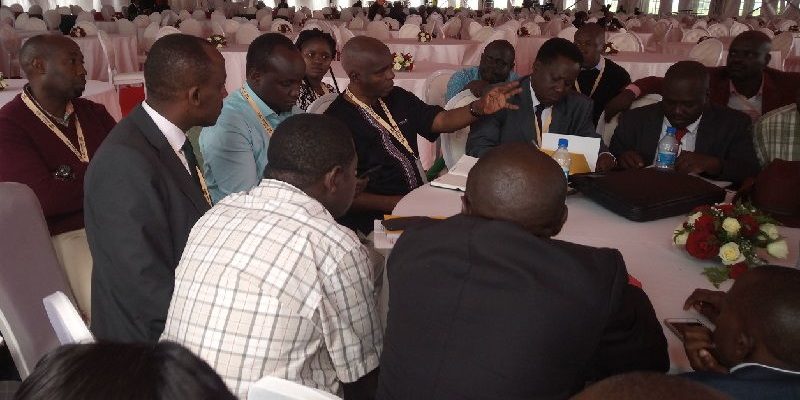 Makueni County leaders led by Governor Prof Kivutha Kibwana on Wednesday met to deliberate on how to mitigate the effects of heavy flooding in parts of the county occasioned ‎by the current heavy rains.

The leaders discussed emergency response to restore normalcy after several households were affected and at least four people killed by the raging floods.

During the meeting which happened on the sidelines of the Kakamega devolution conference ,Prof Kibwana said that concerted efforts by all elected leaders was required to address the ongoing catastrophic floods.

“Lets bring on board even our members of the national assembly to save our people from this emergency,” said the governor.

While  addressing the meeting, senator Mutula Junior encouraged  MCAs  to initiate talks with the MPs despite their political affiliations to face the catastrophy together for the safety of the people of Makueni.

“I know some of us here talk with the MPs. Go  and start talking with them so that we can solve this menace together,” Mutula said.