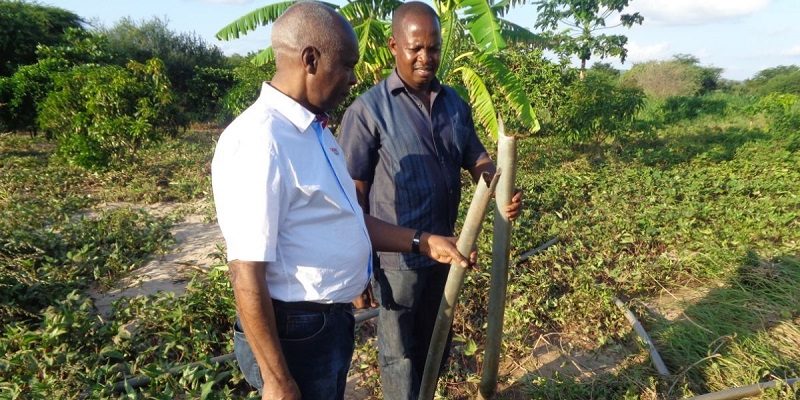 Governor Kivutha Kibwana has formed an inter-departmental committee to coordinate and address emergency responses on the flooding disaster that has hit the County.

Kibwana who had to cut short his stay at the 5th devolution conference in Kakamega to address the disaster at home on Wednesday dispatched a team of executive committee members to various sub- counties to assess the damage and interventions required to restore normalcy from the flooding disaster.

So  far, 24 earth dams across the county have breached  and washed away resulting into a serious water challenges. Boreholes, water pumps, water pipelines and kiosks have also been damaged leaving the affected residents with no water access.

In a preliminary report on the extend of the flooding damage, released by Governor Kibwana on Thursday, water resources worth more than Sh 300 million have been lost to the raging floods in the county.

“We are facing a real disaster in Makueni. I have personally witnessed acres of crop that have been flattened, uprooted water pipelines and sumps.This is a huge damage that so far is estimated at Sh 300 million on water resources alone,” he said.

He said seven lives had been lost to the disaster so far.

Governor Kibwana said his government will distribute mattresses and foodstuffs to those displaced from their homes as a temporary measure, while lobbying non governmental organisations, the national government and other partners to come up with long term solutions to the flooding menace.

“We are in talks with the KeNHA, KeRRA, Red Cross, NDMA and other support groups to undo the damage especially on roads, bridges, water resources and resettlement of Internally Displaced People.

He said at least Sh 2  billion will be required to restore normalcy across all affected sectors in the entire county.

He spoke at Nguu ward during a tour of the affected families.