We Require Ksh. 1 Billion to Recover From Floods Havoc: Kibwana 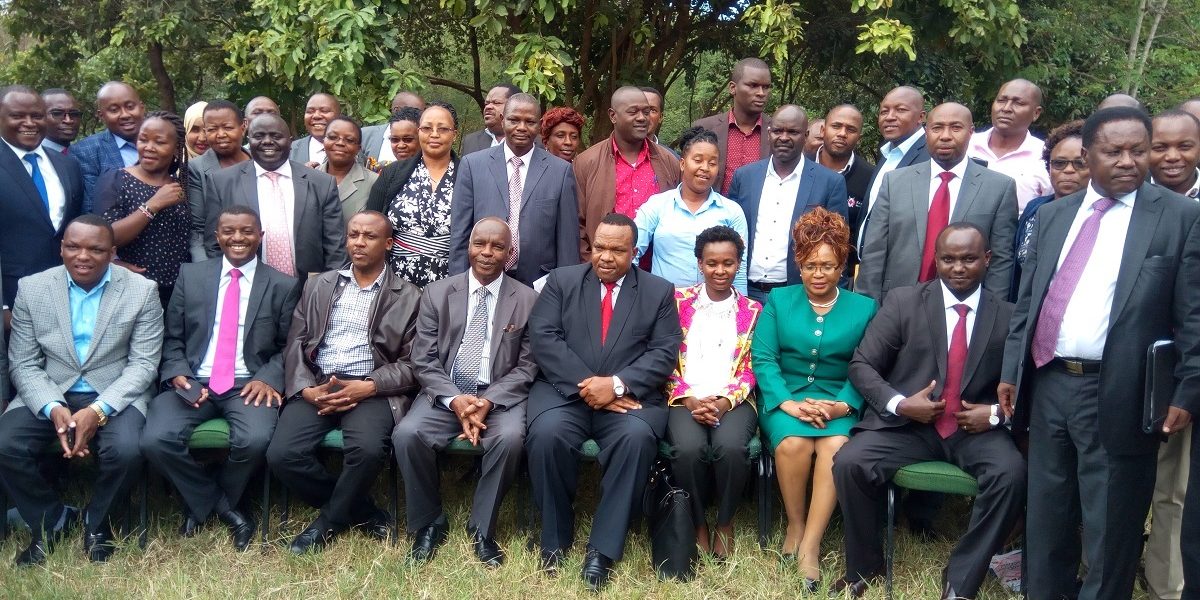 Governor Kivutha Kibwana and senator Mutula Kilonzo Jnr on Monday led a consultative meeting with Makueni leaders to strategise on how to handle emergency response following deadly floods in the county.

Addressing the forum Prof Kibwana said that the county will require Sh 1 billion to support full recovery from the devastating effects of the havoc that has caused 17 deaths and massive displacement of persons.

According to a report by the county government on the effect of the disaster, 26 dams have been breached, houses collapsed and crops destroyed.

“We estimate the cost of complete repairs and restoration of people’s livelihoods will be over Sh 2 billion,”Prof Kibwana said.

The government Prof Kibwana said will be forced to review its 2018-2019 budget in order to focus on addressing the damages and losses caused by the rains.

He said: “We will have to inevitably review and where possible suspend some of the development projects earlier included in our 2018-2019 budget so as to enable us facilitate a recovery plan.”

Prof Kibwana said that the decision to divert the budget plan is painful but one that is a necessary sacrifice.

The governor and the Senator together with members of parliament, members of the county assembly and the county executives agreed to form a committee to coordinate emergency response and avert further loss of lives, property and human suffering out of the raging floods.

The committee was formed on Monday in a meeting of all elected leaders within the county and other stakeholders to draw a roadmap for a united response to the flooding catastrophe.

The committee will among other tasks define priority areas for response, define flood zones along rivers and evacuate where possible, mobilization of the general public to contribute to support the emergency responses as well as lobby other partners to support response initiatives.

The committee comprises of the Governor, County Secretary, CECs (Lands, Finance, Roads, Health, Devolution and Water), Office of the senator, KeRRA, Red Cross, Office of County Commissioner, Security, Clerk of County Assembly, NDMA, All MPs or their representatives and office of the County Representative.

The governor said the county government has already developed a disaster communication structure and protocol which includes a toll free line manned by Kenya Red Cross, short code (40014) for two way messaging as well as establishment of a disaster command center.

Mr Mutula asked local leaders to unite in order to jointly tackle the flood crisis adding that mobilization of relief support from all quarters was necessary.

“We must work together on this one so that we mobilise as much resources as possible for us to succeed,” he said.

The Senator urged the local county assembly to allow passage of an emergency fund in order to make government response to special programs much easier.

“This emergency funds we are talking about must be passed now.MCAs have been resistant but I think it is important and must be considered,” he said.