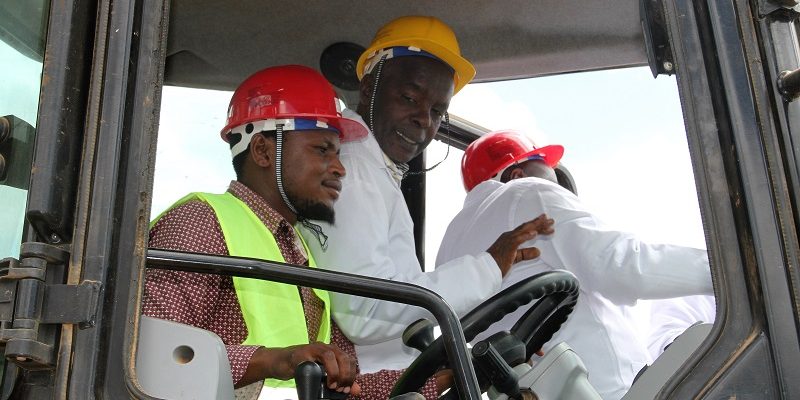 The works involve heavy grading and spot murraming of 60 roads, two in each of the county’s 30 wards.

The governor said the county government will partner with members of parliament to do more roads through co-funding with MPs dedicating a substantial amount from the Constituency Development kitty to this cause.

The county boss praised Kilome MP Eng.Thaddeus Nzambia, who has on various occasions fuelled the county graders and dozers to help in repair of dams and roads within the constituency.

Nzambia, who was present during the commissioning of Kwatuva-Ngiini-Kalanzoni-Kivandini-Mbondoni-Yaitha road said he would work closely with the governor to expedite development and uplift the standard of living.

The constituency is one of those hard hit by floods with many of its roads and several dams washed away.

Roads executive Eng.Sebastian Kyoni has reaffirmed that the grading exercise for all the roads will be complete in the next two or three months.

Deputy governor Adelina Mwau said opening up of the constituency will boost its economic productivity due to its proximity to the Nairobi-Mombasa highway and Nairobi City.