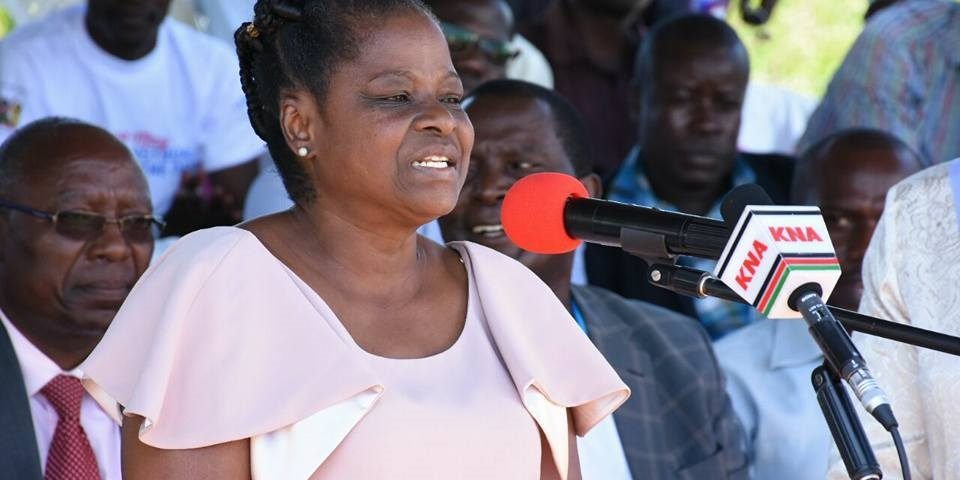 Nazi observed that other several organisations were addressing the various aspects of menstrual hygiene management but urged that there was need for concerted efforts in a bid to empower the girl child for holistic development.

She said: “Allow me to congratulate the national government through the ministry of Public Services, Youth and Gender Affairs for recently releasing sanitary towels consignment to the counties. With countless organisations joining us we need concerted efforts to address this issue as a whole.”

She however noted that significant barriers persist and continue to be major challenges to women and girls during their menstruation especially from low income households.

Nazi also observed that in most rural areas across the country, girls miss schools for up to 5 days every month and that 65% of them cannot afford sanitary towels.

“Significant barriers continue to be major challenges facing women and girls during their menstruation. Most of them come from low income households and cannot afford sanitary towels,” she said.

Nazi spoke on Monday during the Menstrual Hygiene Day celebrations in Kisumu, a national platform that brought together non-profits, government agencies, the private sector, the media and individuals to promote menstrual hygiene management.

She further stated that young girls engage in sexual activities which results to increased adolescent pregnancies and early marriages as most of them turn to transactional sex in a bid to acquire the sanitary towels.

In Makueni county, similar celebrations were held at Kiambani day and Boarding primary school where officials from the county government, the national government and non-state actors distributed sanitary towels to school going girls.