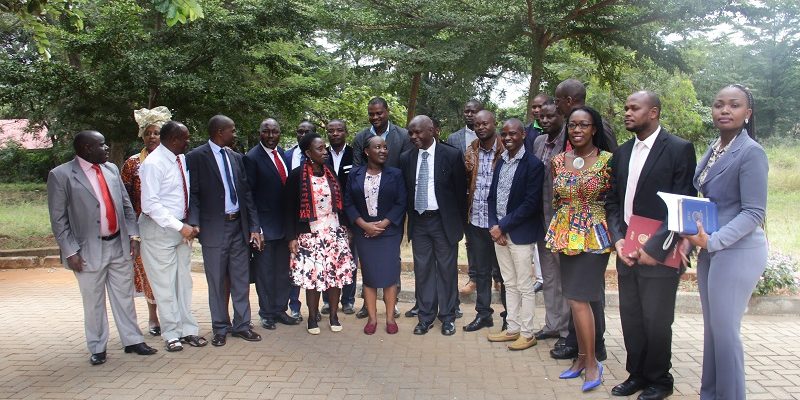 A delegation from Taita Taveta county government on Tuesday started a two-day tour of Makueni County to study the climate change policy and the implementation of sand conservation and utilization.

The Taita Taveta Deputy Governor Majala Mlaghui who is the leader of the delegation said her team was visiting to study the milestones achieved by Makueni County in climate change, sand conservation and utilization policy enactment and implementation.

She is accompanied by various government officials and MCAs who are members of the departmental committee on water.

She said that Taita Taveta has since banned commercial sand harvesting and wishes to borrow from Makueni experience to implement the ban. Makueni banned sand harvesting in 2013.

Makueni deputy governor Adelina Mwau who received the team noted that there was need for the creation of an economic bloc that constitutes Taita Taveta, Makueni, Machakos, Kajiado and Kitui counties who would stand up and fight illegal sand harvesting jointly.

“Illegal sand harvesting has been a nightmare to us and that is the reason governor Prof Kivutha Kibwana and I decided to ban the activity in 2013.Although we have had challenges our strategy of coming up with sand regulations has curbed the menace,” Mwau said

Prof Kibwana who also met members of the delegation noted that the illegal business had attracted social problems in the community like drug abuse, prostitution among others before he decided to ban sand scooping.

The governor said that the move was driven by the motivation to protect the sources of water as many of the rivers had been depleted.

‘’We were pushed by the urge to save our rivers, the youth who were practicing the illegal sand business and more so moving towards sustainable sand harvesting, “said Prof Kibwana.

He said that counties must aspire to work together with the county assemblies for development progress.