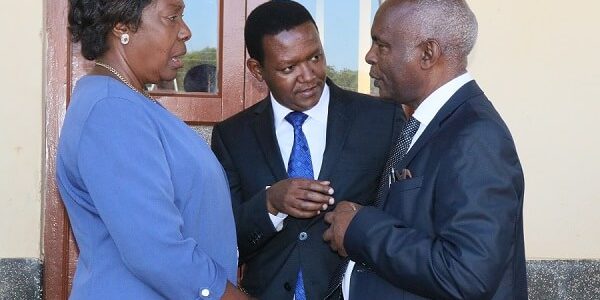 The meeting, chaired by Archbishop Timothy Ndambuki, was also attended by the assembly speakers, majority and minority leaders from the three counties, Kamba Council of Elders and representatives of the clergy.

The bloc, the leaders said, will create a platform for joint development investments and resource mobilization for wealth creation to rollback the poverty ravaging the region.

“We have decided to provide direction to our people to create wealth and pull out of fear, poverty, want and backwardness that is often associated with our region.” said governor Ngilu.

“We have numerous shared resources which if well utilized can make a lasting solution to this region,” she said further.

Governor Kibwana termed SEKEB as a unique outfit because while similar blocs by other counties comprise mainly of governors, SEKEB incorporates elders, church leaders, professionals and all interests across the different social and economic sectors.

He said the outfit could be used as an alternative disputes resolution mechanism incase of leadership wrangles as has been witnessed in Makueni in the first cycle of devolution and currently in Machakos.

Governor Mutua said the bloc would provide a platform for all leaders from the region to work towards a common goal irrespective of the regional geopolitics.

Members of parliament, senators and members of county assembly will also be brought on board for inclusivity.