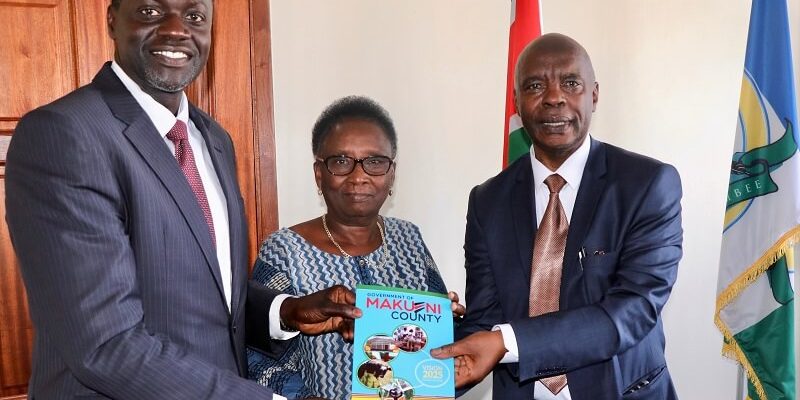 The leaders explored possible areas of partnerships with key focus on institutionalized civic education, public participation and mainstreaming the youth in development.

Dr Mutunga described Makueni as a beacon of progress for sustaining devolution owing to its robust civic space and public participation framework.

“Makueni is one big change story,” he said. “We are looking at the county as a focus for enhancing civic space because of the robust public participation and civic engagement of the citizens being rolled,” said the former CJ.

Governor Kibwana said it took a lot of struggle to achieve a successful civic education and public participation in the county as the first crop of members of county assembly vehemently opposed any proposed budgetary allocation on grounds that it would have done better on tangible projects such as water, roads and Early Childhood Development Centres.

He said it is out of the robust civic space that the citizens petitioned President Uhuru Kenyatta to dissolve the county government after it became ungovernable due to incessant fights between MCAs and the executive during the first cycle of devolution.

Kibwana said his government has opened its doors to partners such as Ford Foundation, adding that the government is only playing a catalyst role and then partnering with strategic partners for sustainable development.

Dutch ambassador to Kenya Frans Makken said innovative processes for development partnerships should be enhanced as donors are no longer dishing out monies but facilitating ideas that would translate into wealth creation and tangible social-economic achievements.

He said there are numerous companies, donors and other non state actors willing to engage in such like partnerships with counties such as Makueni which have demonstrated willingness to work with the public in a people-driven development model.