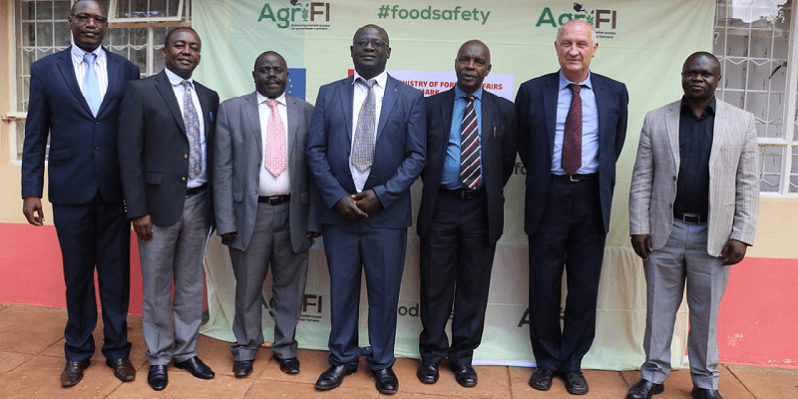 In a bid to ensure quality agricultural products for both domestic and export markets, Makueni has shifted gears to building food safety systems.

According to governor Kivutha Kibwana, the aim of this campaign is to promote public health, and protecting the consumers against health hazards posed by unsafe agricultural products.

To achieve this feat, Makueni has partnered with Micro Enterprise Support Programme Trust (MESPT), and secured funding from the European Union through DANIDA to implement the campaign dubbed AgriFI Food Safety Programme.

At a meeting in Nairobi on Thursday between the Governor and officials from MESPT and the Royal Danish Embassy, it was agreed the programme will target three major value chains namely; Aquaculture, Dairy and horticulture.

Supporting the County Government in testing, surveillance and enforcement of Sanitary and Phyto Sanitary (SPS) regulations at the county level. This includes setting up of testing labs and provision of testing and surveillance kits and equipment.

MESPT will also support development of the Agricultural Training Centre at Kwa Kathoka as one of the country’s model Agricultural Technical and Vocational Education Training (ATVET) centre.

The centre will be key in offering a holistic capacity building of all agricultural value chain actors especially farmers and extension officers.

According to Nyawade, the centre has already received two million shillings for basic infrastructural installations, while the county government has already established training infrastructure such as an aquatic hatchery, a fish farm as well as irrigation farm.