Wote Town to get a new face 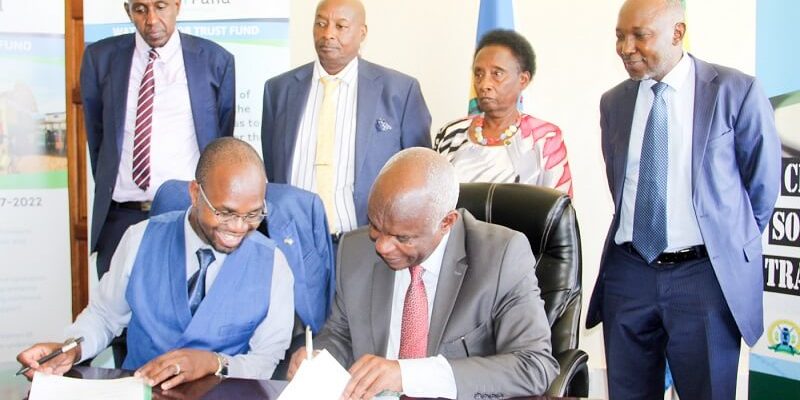 Wote and Mtito-Andei towns will soon have fully developed Decentralized Waste Treatment Facilities geared towards improving the general sanitation of the county.

This was announced by Water executive Bob Kisyula on Wednesday during a meeting with Water Sector Trust Fund officials where an agreement to fund the projects and other water projects was reached.

The deal, signed by Governor Kivutha Kibwana and the Water Sector Trust Fund Chairman Patrick Kokonya will fund capacity building and development support to the County, to improve the provision of adequate and sustainable access to sufficient quality and quantity of water and basic sanitation.

According to Kisyula, the county has already identified desilting and rehabilitation of Mulima and Kinze dams in Mbooni sub-county for funding from the Water Sector Trust Fund.

Sanitation program for most of the county’s urban centers is also on the funding priority list.

The Fund’s CEO Ismail Shaiye who witnessed the signing of the partnership announced that a team of engineers will be dispatched to the already earmarked dams for baseline survey in a fortnight.

Kibwana termed the deal a timely one saying that the county is racing against time to fully achieve the water agenda for the people of Makueni, now at 53 percent.