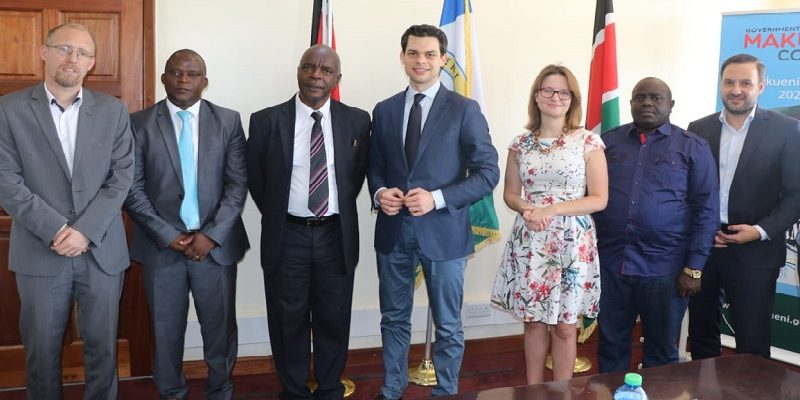 Governor Kivutha Kibwana on Monday hosted a delegation of German parliamentarians who were in Kenya to learn more about the Country’s Devolution system of governance.

The delegation, led by Christoph PloB, a member of the German Parliamentary Committee on Transport and Infrastructure, said they chose Makueni because of the tangible successes in devolution implementation.

Kibwana, accompanied by the County Executive for Agriculture Lawrence Nzunga and Devolution Chief Officer Julius Musyoka discussed several development strategies with the delegation, which can be borrowed to improve entrenchment of a people-centred governance in both Kenya and German.

Other areas included education and political driven development especially from German’s Christian Democratic Union Party of Chancellor Angela Merkel which for the last 16 years has steered the country to be Europe’s biggest economy.