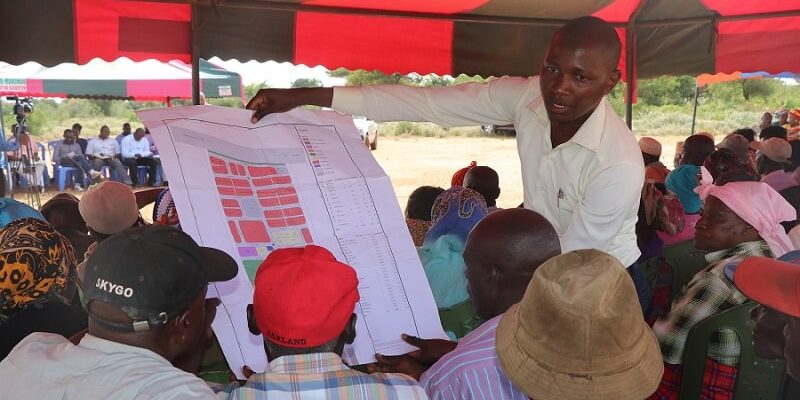 Makindu residents have endorsed an urban development plan for Ziwani area in the outskirts of Makindu town.

This paves way for approval by the County Executive Committee and the assembly before allocation of plots.

The plan, covering 81 acres of land curved from Kiboko B settlement Scheme and earmarked for a proposed trading centre, was drawn by the County Government’s Lands department following a request by the National Lands Commission.

The residents accredited the plan on Monday during a public participation forum on the same led by governor Kivutha Kibwana and NLC Commissioner Rose Musyoka.

The plan has identified 288 plots for Commercial, residential and office space, while 30 plots have been earmarked for Public utilities among them a school, health facility, cemetery, sporting facility among others.

The latest development will allow plot allottees access title deeds and subsequently development of the area which has been idle and prone to grabbing by land cartels.

Kibwana and the NLC commissioner also ordered for the planning of an earmarked  67 acre trading centre at Ikoyo, between Makindu and Kiboko, which has witnessed incessant controversies by people claiming illegal ownership of part of the public land.