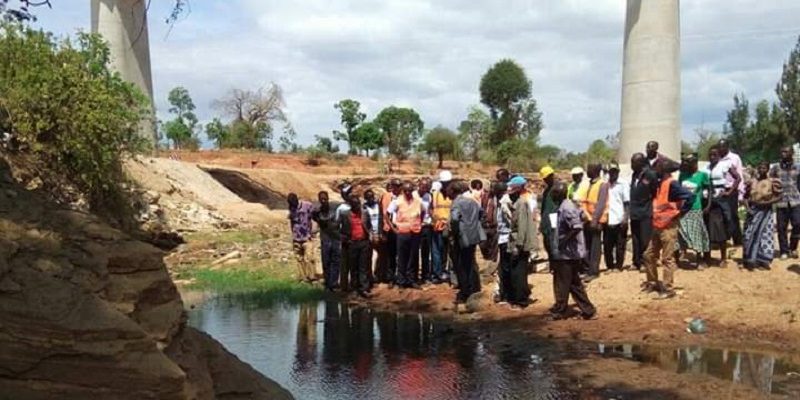 Fear of diseases, loss of water sources, loss of huge tracts of land under irrigation and fish farms, temporary collapse of KALRO-Kiboko research centre are some of the challenges residents of Kiboko area, Makueni County, have to contend with following a massive oil spill from the new oil pipeline by Kenya Pipeline Company.

The spilled oil is feared to have infiltrated into Kiboko river, the major source of water to area residents which besides domestic uses is used for medium scale horticulture and aquafarming.

Although the spillage was discovered on March 30th,2019, it is feared that this might have started immediately after laying of the 450KM Mombasa-Nairobi pipeline late last year.

Acting KPC Managing Director Hudson Andambi says a point of weakness in the pipeline might have been caused by a large boulder hitting it during backfilling of the pipeline trench, which overtime developed into a crack letting out thousands of gallons of oil.

Those not entirely convinced by this theory believe that the leakage could also have resulted from a malicious puncturing of the pipeline by vandals intending to siphon oil from the line.

Without any installed digital or electronic leakage detectors, the leakage is feared to have gone on for days on end until 30th March 2019 when an officer of the Water Resource Users Association (WRUA) Kiboko, on routine patrol discovered it.

In a meeting of top KPC managers led by the MD, Makueni County Government led by Governor Kivutha Kibwana and the affected community on Tuesday at Kiboko, several measures to address the menace were outlined. 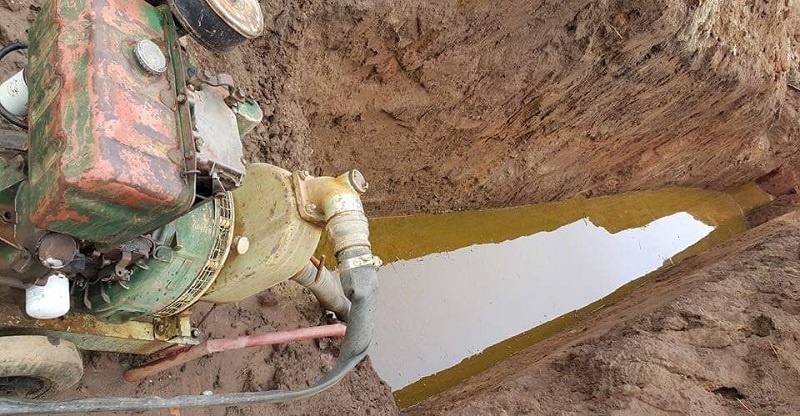 Among these include Human and livestock longitudinal study on the possible impact of the hydrocarbons to their health; Joint testing by all stakeholders for possible water pollution by oil, grease, Total Petroleum Hydrocarborns (TPH), and Benzene, Toluene, Ethyl benzene & Xylene (BTEX).

The meeting also saw formation of a taskforce that will spearhead provision of water for domestic use and livestock as well as environmental cleanup by the polluter.

Governor Kibwana who scolded the KPC officials for mishandling the compensation and cleanup exercise of Thange oil spill still within the county two years ago said KPC was taking the oil spill disaster lightly while it posed grave danger to the health and livelihoods of area residents.

“We are staring at dangers of cancer and grounding of huge economic activities, the only source of livelihoods for thousands of residents.” Said the governor.

“These two oil spills are a disaster so atrocious that it can even attract legal suit at the International Court of Justice. We may be forced to look that direction because we seem not to get local solutions,” the governor said further.

He said the County Government would write to KPC and the ministry of Petroleum demanding for restoration of the water sources or compensation for loss of livelihoods for the period the affected farms would lay forlorn with a fixed time frame.

Kibwana said the Thange oil leakage experience had shown that KPC has little regard for humanity despite millions of shillings it makes from the same people.