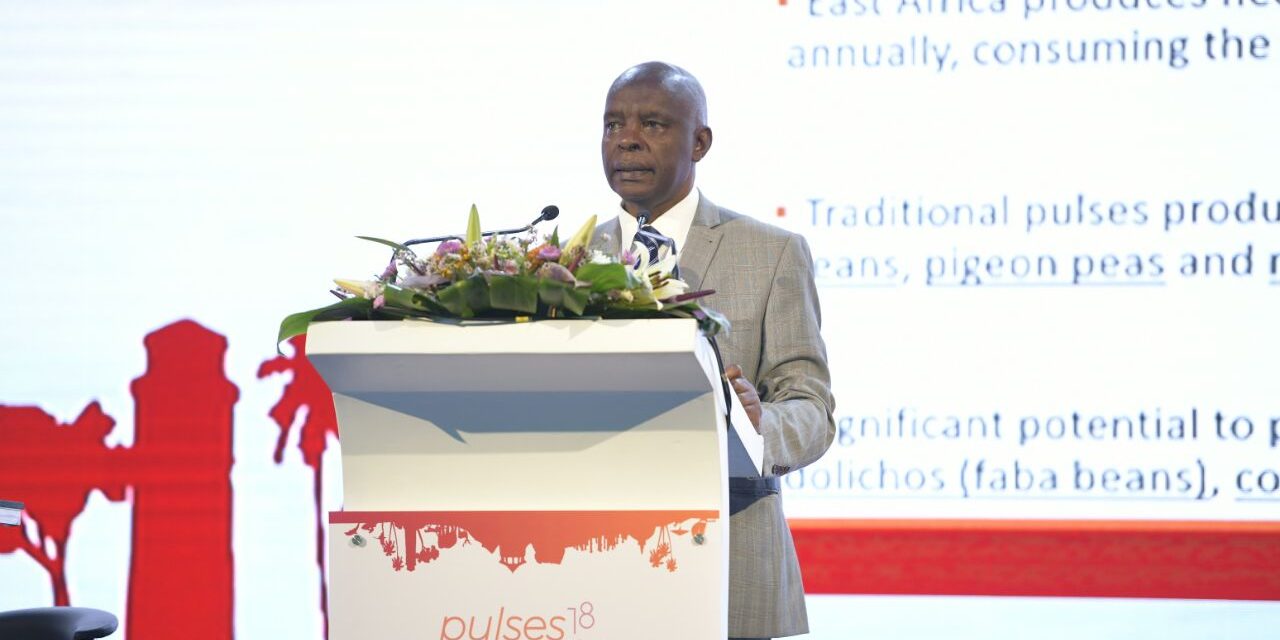 Governor Prof Kivutha Kibwana has said the government of Makueni is encouraging residents to grow pulses in order to double the production of the crop and help improve livelihoods.

The governor said that the growing global market should trigger an increased interest in the crop adding that the entire East African region has embarked on an ambitious endeavour to double production of pulses within the next six years.

“By doubling yields, our farmers can earn twice as much for the same amount of land, thus significantly improving their livelihoods,”Prof Kibwana told delegates from across the globe attending the Colombo conference.

Prof Kibwana spoke at the Global Pulse Confederation Convention in Colombo-Sirlanka where he is representing Kenya and East Africa.

He said: “Agriculture in Eastern Africa today, and indeed my own county of Makueni, Kenya, is largely based on cereal crops, which are sold at lower prices than pulses.”

Pulses the governor said is playing an important part in the economies of the three Eastern African communities in terms of providing food security and increasing incomes through higher-value crops.

Said Prof Kibwana:“Many farmers in my county are now opting to grow pulses as they are fast maturing, taking 70-120 days while commonly grown cereals like maize take three to four months depending on the variety.”

Prof Kibwana further said that the other major advantage is that pulses are less affected by afflation, are high in protein and more resilient to drought.

According to the governor, Makueni County and the entire East African region have the potential to significantly expand production and trade of other pulses such as chickpeas, dolichos (faba beans), cowpeas and pinto beans.

He noted that the region has traditionally produced and exported kidney beans and white pea beans, pigeon peas and mung beans.

The governor is accompanied by the Executive Committee Members for Agriculture, Livestock Development and Fisheries Lawrence Nzunga and Trade, Industry, Cooperative and Tourism Rosemary Maundu.