Uraia to partner with Makueni for Civic Education 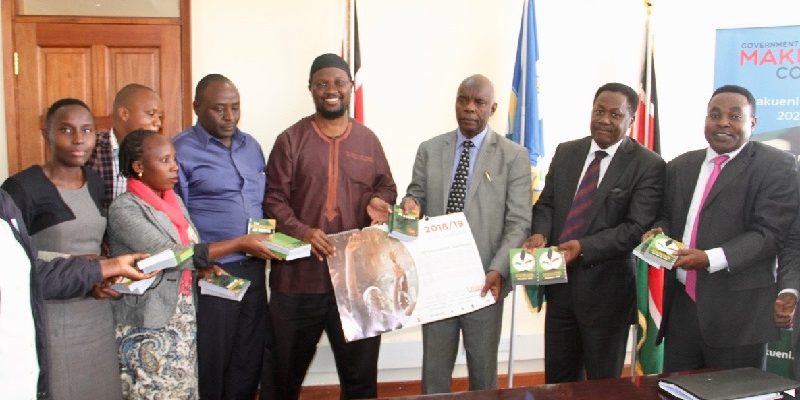 Uraia Trust Civic Education Manager Abubakar Said pledged the organization would stock a library of civic education materials to aid in civic education within the county.

“We are working on a mission to ensure every household has a constitution, and are versed with its provisions as a way of adding value to devolution.” he said, during a courtesy call to governor Prof Kivutha Kibwana in his office at Wote, Monday.

He said many of those who fought for the constitution had forgotten about its implementation.

“Many fought for the constitution but after its promulgation, they forgot that its implementation is a continuous process and there is need for active civic education,” said Kibwana.

“Many ordinary Kenyans are yet to fully understand the constitution because of the language it is written in. Even when we make speeches at the grassroots, we are careful not to speak a lot of English as the people will not follow, and at times they will leave mid way your speech if you bore them,” he told the Uraia trust delegation.

Kibwana said his administration has heavily invested in civic education so that the people are part of the development process, and that they do so from an informed point of view.

“We are not afraid of a citizenry that asks questions and holds us to account. It is better to allow them ask questions now and even quarrel than wait to tell you how useless you were, and how you failed to help them long after you have left power.” said the governor.

Kibwana said his ambition is to formulate a civic education program that educates residents on a holistic social economic development, including health promotion, income generation, agricultural best practices and related initiatives so that residents do not only interact with government officers during budget making only.