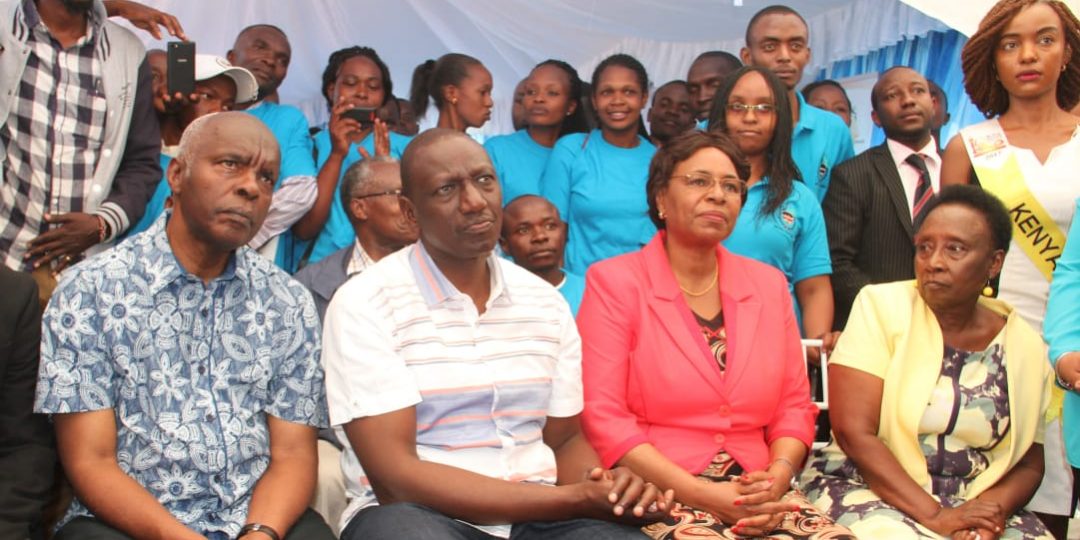 The money released by the government is part of the Sh 63 billion budget for the construction of the dam, a major investment by the National Government in the county.

He was speaking during the official launch of the International Youth Week at the ATC Kwa Kathoka in Makueni where  he told the residents that the Jubilee government has major plans for the county.

Makueni County, the DP said was at the center of the Jubilee government’s development plans.

He took time to explain  the Jubilee government’s agenda four programs adding that towns in rural areas will benefit greatly from the initiative  that includes a multibillion housing plan  meant to improve shelter in the country.

He said young people are  key to the country’s future and that the Jubilee government has decided to invest in their education and manpower development.

“We need safe spaces in our colleges.I am happy am talking to our people here who are college students,” he said.

He said plans have been put in place to  give Sh 30,000 bursary to technical college students while Tvet college scholars will be allowed access to Higher Education Loans Board loans of not more than Sh 40,000 annually.

Prof Kibwana hailed the DP for having found time to grace the youth event in Makueni adding the locals are now ready to work with the government through the handshake initiative to realize tangible development.

“We are happy Mr DP for having found time to grace this event.As the people of Makueni we are now ready to work with the government.This handshake has deradicalised us,” the governor said.

He said his government had come up with a youth led initiative- the Makueni Youth Empowerment Service (M-YES) to help create opportunities for the over 350,000 young people in the county.

Prof Kobia said that the youth had become a global agenda and that her ministry will roll out plans to ensure issues affecting the young people economically and socially are dealt with.