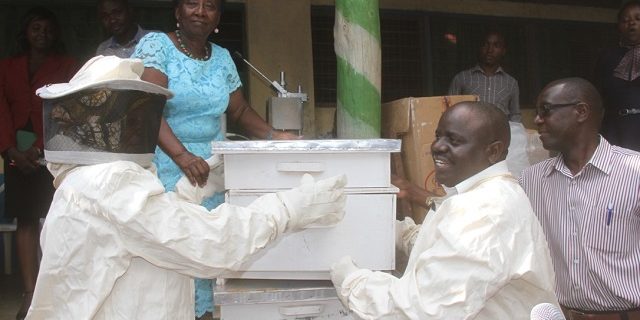 Mwau said the county is capable of high honey production adding that the government is going to work with farmers to ensure they make the best out of their potentials.

She said honey is highly marketable both locally and internationally and that Makueni being largely semi-arid with vast land populated with vegetation ideal for beekeeping could not be left behind.

“At the moment we have set aside two million shillings this financial year as initial support for bee keeping initiatives,” Mwau said.

She said bee keepers in Makueni county have also benefited from support from partners who are supporting trainings, workshops and equipment donations to farmers.

“We have also sponsored several beekeeping farmers for benchmarking in Kitui, Embu and Baringo counties who are now training the rest,” she added.