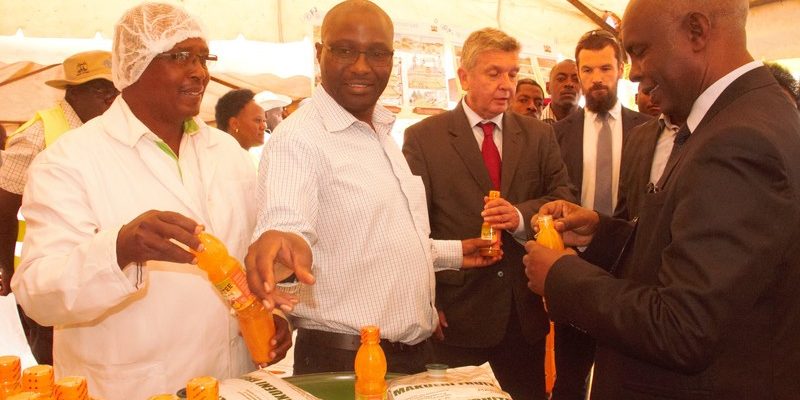 Makueni Governor Prof Kivutha Kibwana on Friday officially opened the second edition of the county’s agricultural show at Makindu saying that it provides a nearer and convenient venue for exhibition by farmers in Makueni.

Prof Kibwana who was accompanied by Polish ambassador to Kenya  Jacek Bazanski who had earlier  paid a courtesy call to his office toured several exhibition stands where Makueni farmers showcased agricultural products and technological innovations.

” As you are aware Makueni has been served by the Machakos show previously. Our farmers therefore will have a nearer and convenient venue for exhibition, ” Prof Kibwana said.

He further noted that his government has initiated and subsidized several farm inputs including the artificial insemination services in order to support agricultural production which has been a challenge to farmers.

He said: ” We are aware that the cost of production by farmers is a challenge to many. To this end, my government has subsidized several farm inputs..Among them, AI services with farmers now paying sh 300 per insemination down from the  initial Sh 1,300.”

Makueni Deputy governor Adelina Mwau challenged farmers to implement what they had learnt from the show terming it as a very educative event.

” I celebrate the exhibitors and organisers of this show. Let’s implement what we have learnt here, ” the DG said.

Makueni Senator Mutula Kilonzo Junior who was present during the official opening of the trade fair challenged exhibitors and farmers from Makueni to take advantage of the upcoming Machakos agricultural show and showcase innovations and products from Makueni.